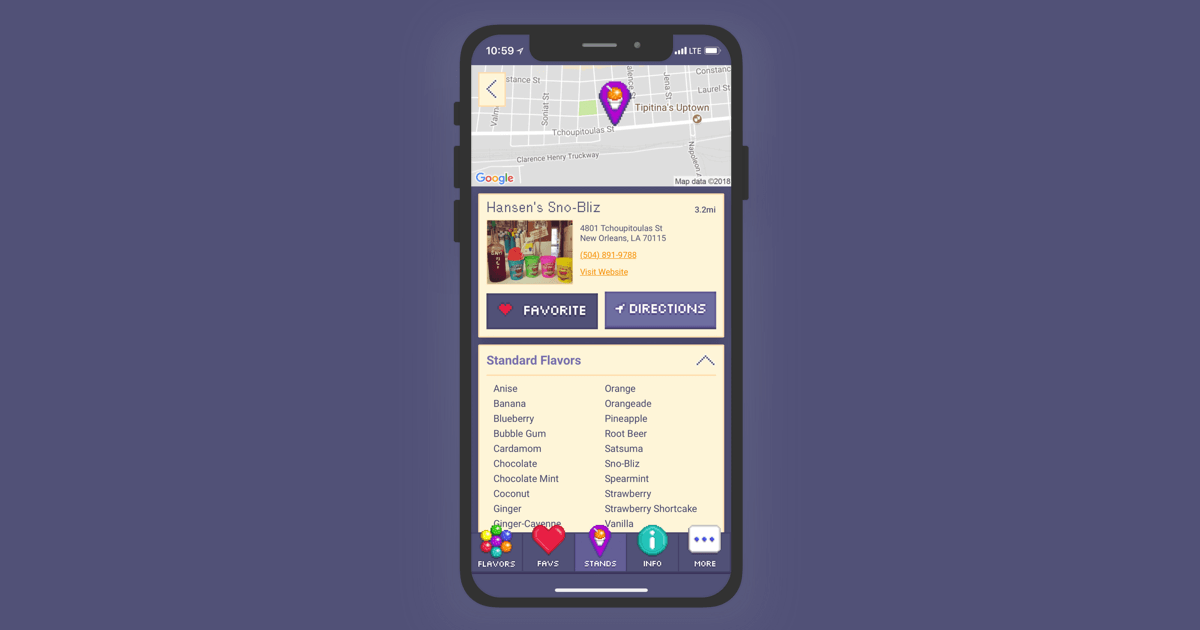 In partnership with the team over at Peter Mayer Advertising, I developed the New Orleans Snoball Finder app. The app aggregates all the snoball stands in Greater New Orleans. It was built with React Native, and is available for iOS and Android. 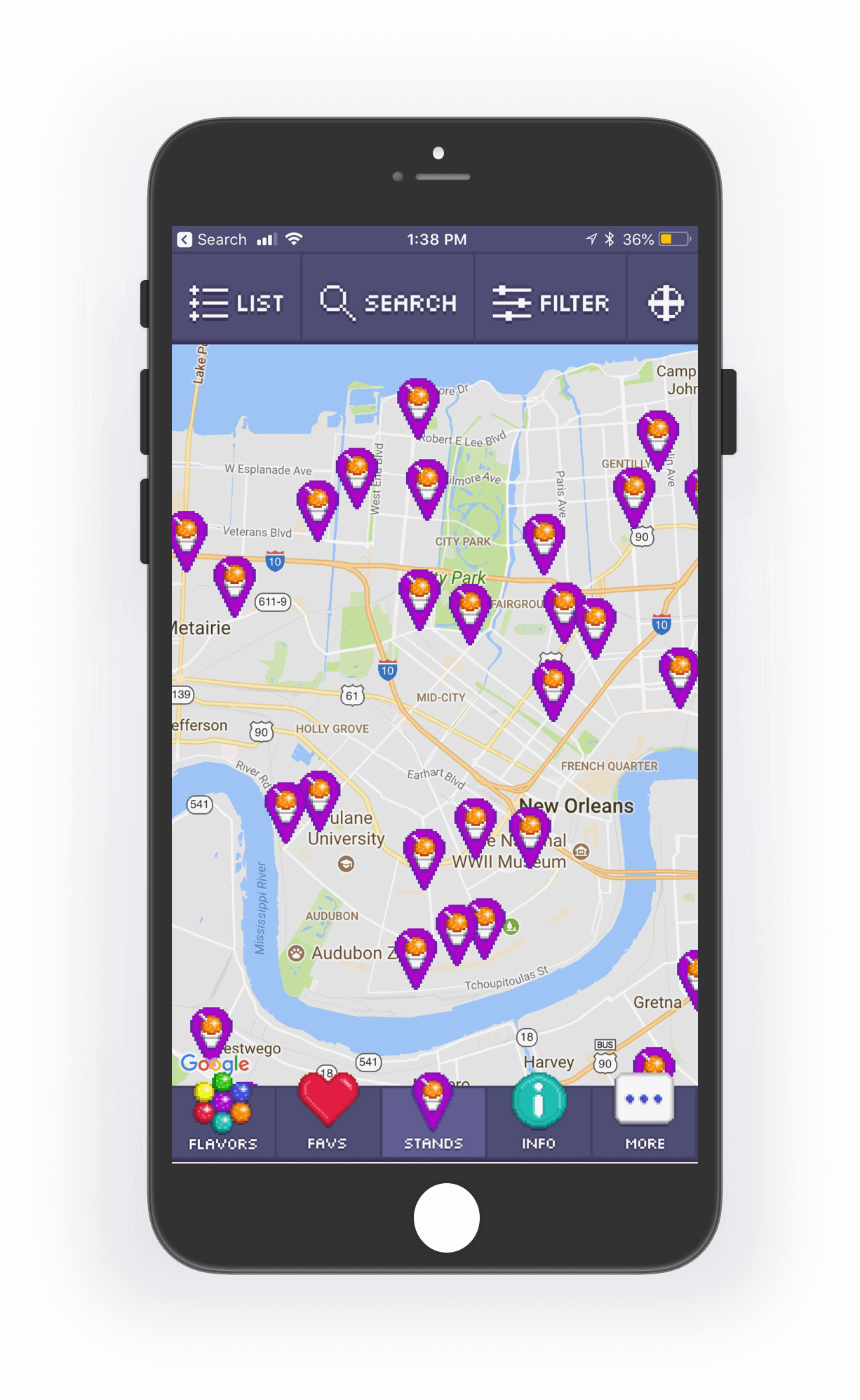 Within the app, many browsing options are available: You can view all the stands on a map, or look at a list sorted by proximity to your current location. If you’re looking for a stand that sells your very favorite flavor, you can search that way, too. 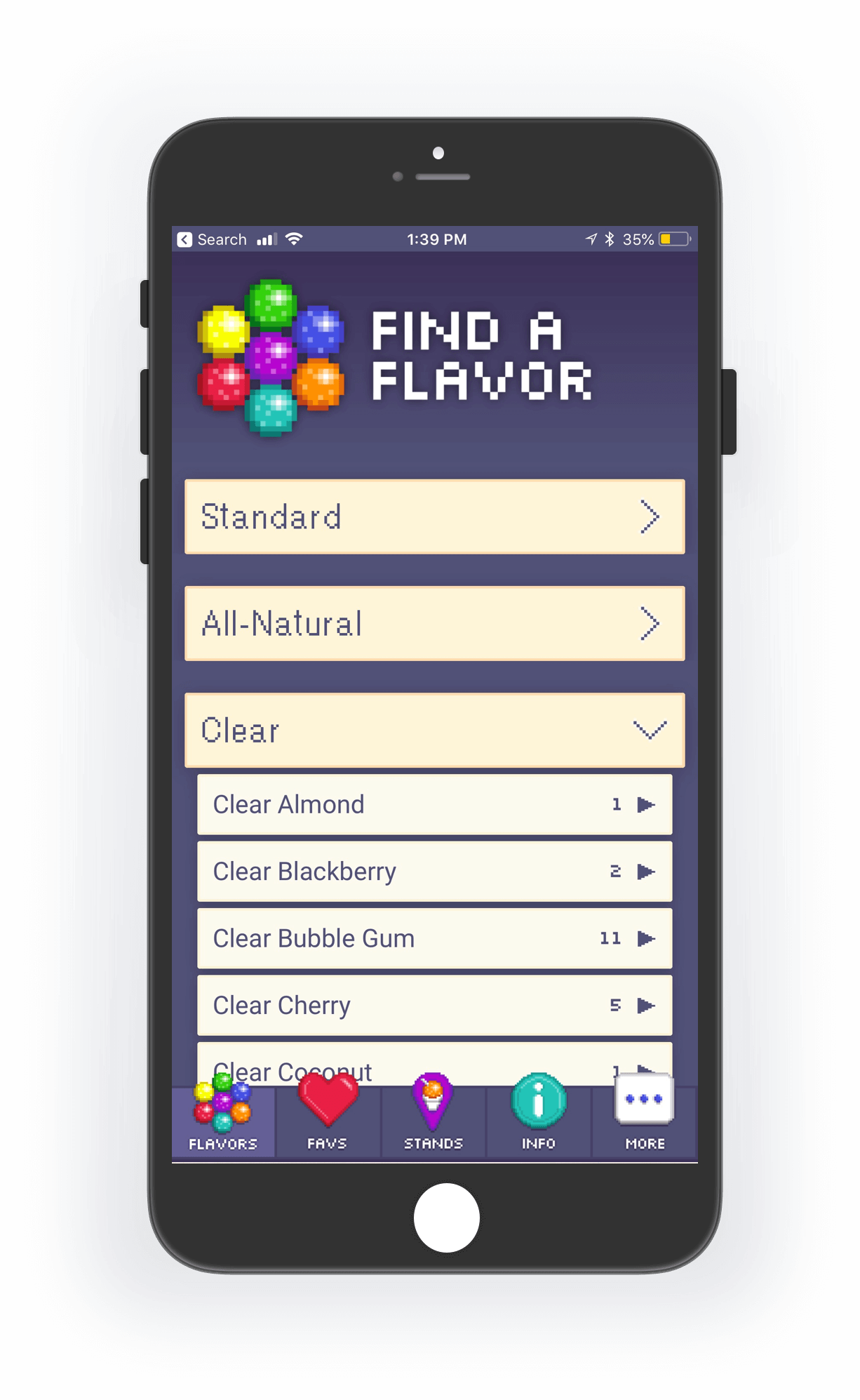 I used React Native to build the app frontend. I chose React Native because, as a web developer first and foremost, I could use existing tools I’m already familiar with. React Native also allows for cross-platform development with minimal adjustments. While it does have some drawbacks, namely when it comes to performance, the familiarity and ease of implementation more than made up for it. 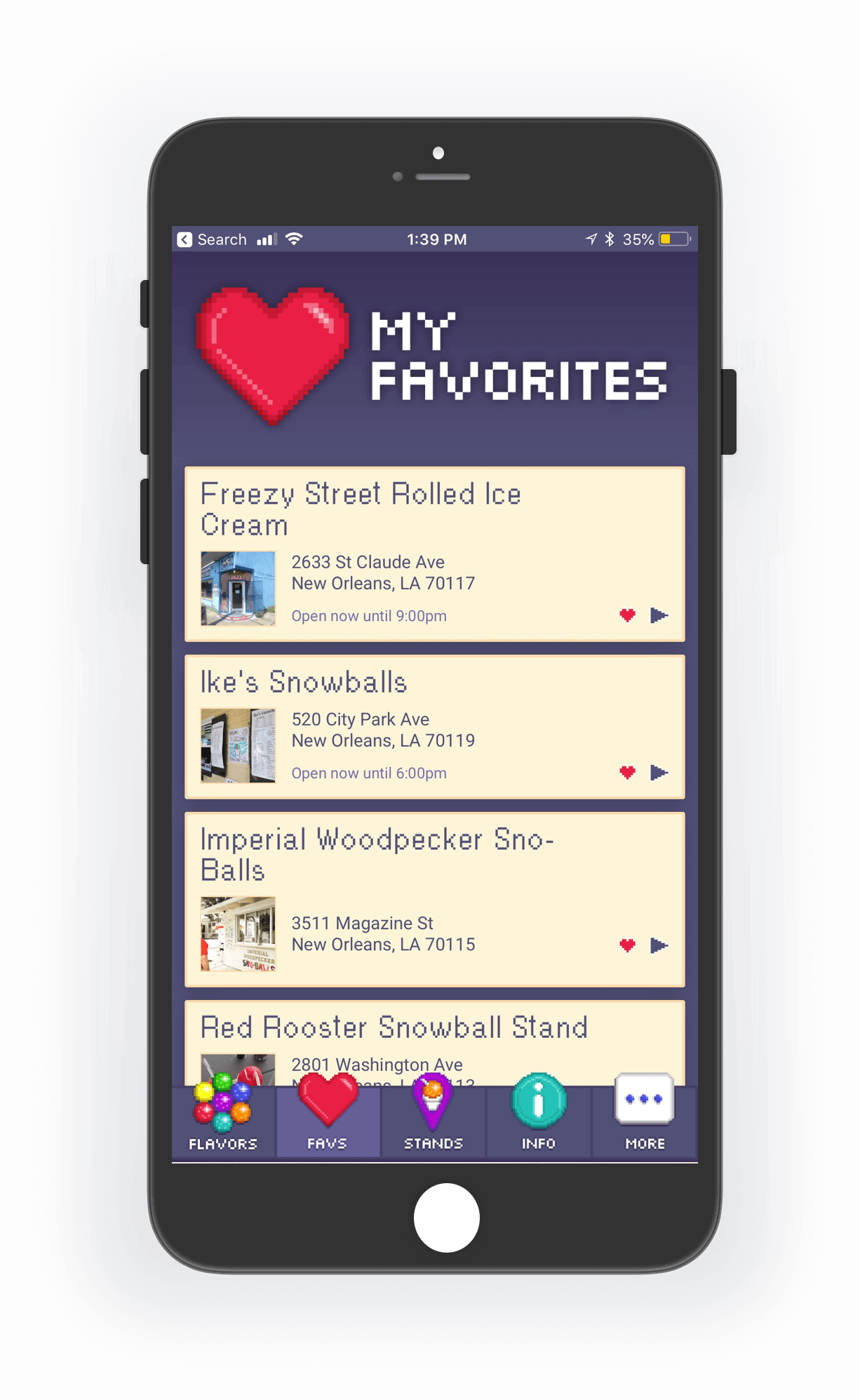 Behind the scenes is a custom backend that allows agency members to add new snoball stands, and adjust the data. We opted for a separate backend so that in-app data can be fed in via API, rather than being self-contained and requiring updates to the app itself. The backend is built with the MERN stack (MongoDB + Express + React + Node). It has a simple login and authentication system, and allows stands to be input with only an address. Once an address is provided, the backend scrapes Google for any available information, and automatically saves it. From there, the user can supplement the scraped data with manual updates, like adding known snoball flavors.